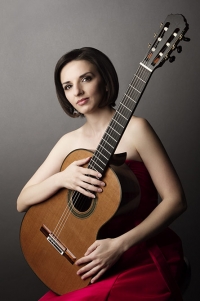 Miriam studied at the State Conservatory in Bratislava. After obtaining a bachelor degree in performing arts and pedagogy at the Academy of Performing Arts in Bratislava she studied with outstanding guitarist and pedagogue Alvaro Pierri at Université du Québec á Montréal and Université Laval in Quebec City where she obtained a master degree (2001). In 2003 she completed her studies at Universität für Musik und darstellende Kunst in Vienna as a postgraduate student with the same teacher.

In addition to Slovakia she has played in almost whole Europe, in South and North America, Africa and Asia. She led masterclasses in Slovakia, Peru, South Africa, Russia, Germany and the Czech Republic.

As a chamber music player she performs regularly with some great Slovak, Czech and Hungarian artists.

She has recorded for the Slovak Radio, Praga Digitals label (France), Arco Diva (Czech Republic) and Pavlík Records (Slovakia). In 2005 she initiated and established the International music festival Bratislava Chamber Guitar, in 2015 the International youth Visegrad guitar competition and in 2018 the Visegrad Music Youth Academy. She is the artistic director of all these events.
For several years she was engaged by the Universität für Musik und darstellende Kunst in Vienna. Now she teaches at the Conservatory in Bratislava. Miriam is playing the guitar by world-known luthier Gernot Wagner, Hans van den Berg (South Africa) and Petr Matoušek (Czech Republic). 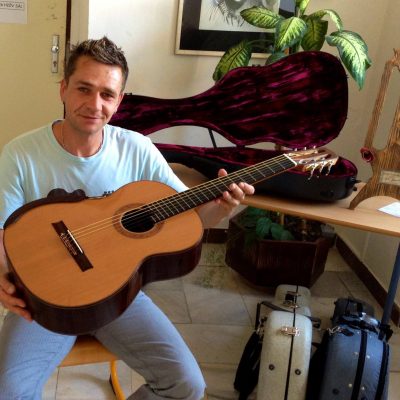