Borbála Seres is an outstanding young talent among the leaders of the international music scene. It is a lesser known fact, that almost every single international tournament Borbala has entered she has finished in the top three. This is an exceptional accomplishment in the mainly male dominated field of classical guitar.

Borbála Seres had her basic musical training received in Budapest under the direction of Prof. József Papp. From 1999-2004 she studied at the Leo Weiner Conservatory also with Prof. József Papp. In 2011 she graduated with honours at the University of Music and Performing Arts Vienna in the Class of Prof. Alvaro Pierri and Prof. Ahmed Noor Baluch.

She has been participating successfully in national and international competitions starting from a young age. She won ﬁrst prize at the 12th International Biennial Guitar Competition in Kutná Hora at the age of 16. She has been participating in competitions in the highest age category since 2009 and won several prizes. Among other things, she won the first place at the Forum Gitarre Wien in 2012 and at the World Guitar Competition in Serbia in 2010, 2nd Place in Kutná Hora and as well as the 3rd Place in the international guitar competitions at Rust in Austria, in Split, in Belgrade, and in Petrer and Coria in Spain.

She performed a number of independent concerts at home as well as at many prestigious international festivals in European countries like Austria, the Czech Republic, Slovakia, Germany and Spain. 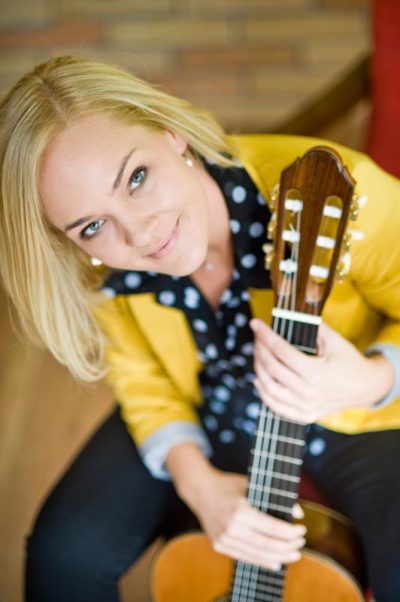